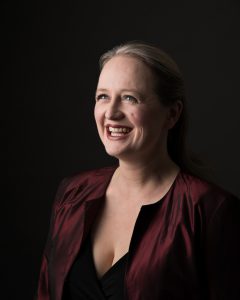 The “sublime singing” (Gramophone, 2017) of Soprano Miriam Allan has been enjoyed across the world, from her native Australia, through Japan and Singapore, as well as at festivals throughout Europe and North America.

During 2018 she will sing Bach St Matthew Passion at Wigmore Hall with Dunedin Consort and John Butt, return to Australia in the role of Josabeth (Athalia, Handel) for Pinchgut Opera, Sydney, tour books of Gesualdo Madrigals with Les Arts Florissants and make her debut with Portland Baroque performing Messiah.

A recent performance of this same work inspired the Sydney Morning Herald to write “the vocal magic of the night…she took the audience’s breath away.”

Other recent highlights have included Bach cantatas at the BBC Proms, a recital of Dowland lute songs within the enclaves of Windsor Castle and performances with the Queensland Orchestra and Erin Helyard.

On the opera stage she is a regular company soloist with Pinchgut Opera, for whom she has sung Isifile (Giasone, Cavalli) and Costanza (Griselda, Vivaldi). For the Innsbruck Festival she has sung Galatea (Acis & Galatea, Handel), whilst she has taken various roles in The Fairy Queen for Glyndebourne Festival Opera, Opera Comique, Paris, and Brooklyn Academy of Music, New York. Other roles include Queen of the Night (Magic Flute, Mozart), Musica and Proserpina (Orfeo, Monteverdi) and various roles in Dardanus, Rameau.

Her discography includes the Gramophone award winning series of Monteverdi Madrigals with Les Arts Florissants and Paul Agnew, with whom she can also be seen in the DVD release of Orfeo as Proserpina , as well as the Mozart Requiem with Leipzig Kammerorchester, a recital of Handel and Purcell on ABC Classics and Pinchgut Opera’s series of live recordings.

Reviewing the latter’s release of Giasone, Gramophone remarked that her “stylish [Isifile] steals the show several times,’ whilst Voix des Arts wrote of the same performance “the timbre is one of polished gold from the top to the bottom.”